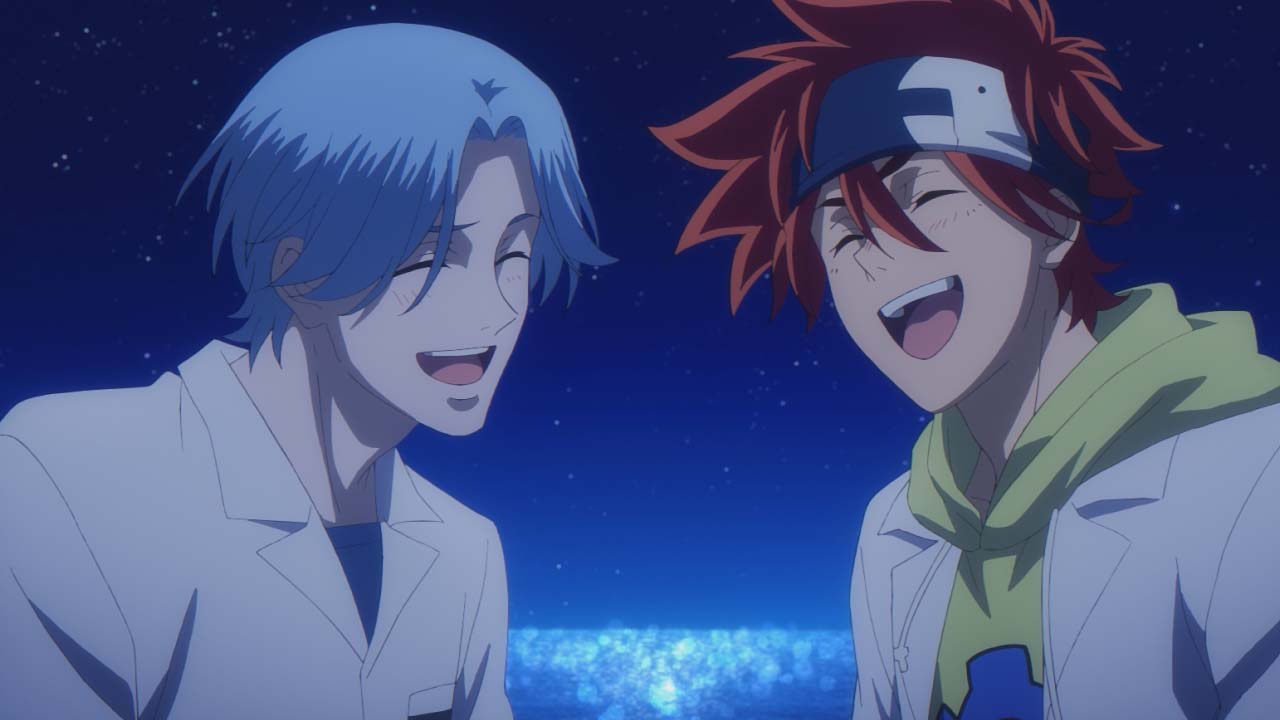 Akemi Hayashi is the animator behind the storyboards and scene direction for episodes 7 and 10, which depict the dramatic ups and downs of Reki and Langa’s friendship. How did she capture the appeal of SK8 the Infinity (hereafter, SK8)? And how deep does director Hiroko Utsumi’s love for the characters go? Find out in part 2 of a special interview that delves into the show’s charms. The partnership between the two goes back to the last series they worked on together and culminated beautifully in SK8.

When I saw Ms. Hayashi’s episode 7 storyboards, I had to ask her to do the reconciliation scene in episode 10 too

―― Ms. Hayashi is credited in episode 7 for scene direction. Could you tell us what exactly that work entailed?
Utsumi: I actually intended to ask her to do both the storyboards and direction for episode 7. She had told me herself that she wanted to see one full episode through from start to finish. But episode 10 was coming up, which is when Reki and Langa reconcile. Once I saw her storyboards for episode 7, I knew I had to ask her to be in charge of episode 10 too and do them as a set.
Hayashi: That said, both episodes are so emotionally heavy that I thought I could only do either the scene direction for episode 7 or the storyboards for episode 10. When I told this to Ms. Utsumi and Ms. Suzuki and asked them to assign me one or the other, it didn’t matter which, they got really distressed looks on their faces and ultimately told me to do episode 10 (laughs). However, I was so attached to the climax scene in episode 7 that I asked to see the layout for the whole thing. 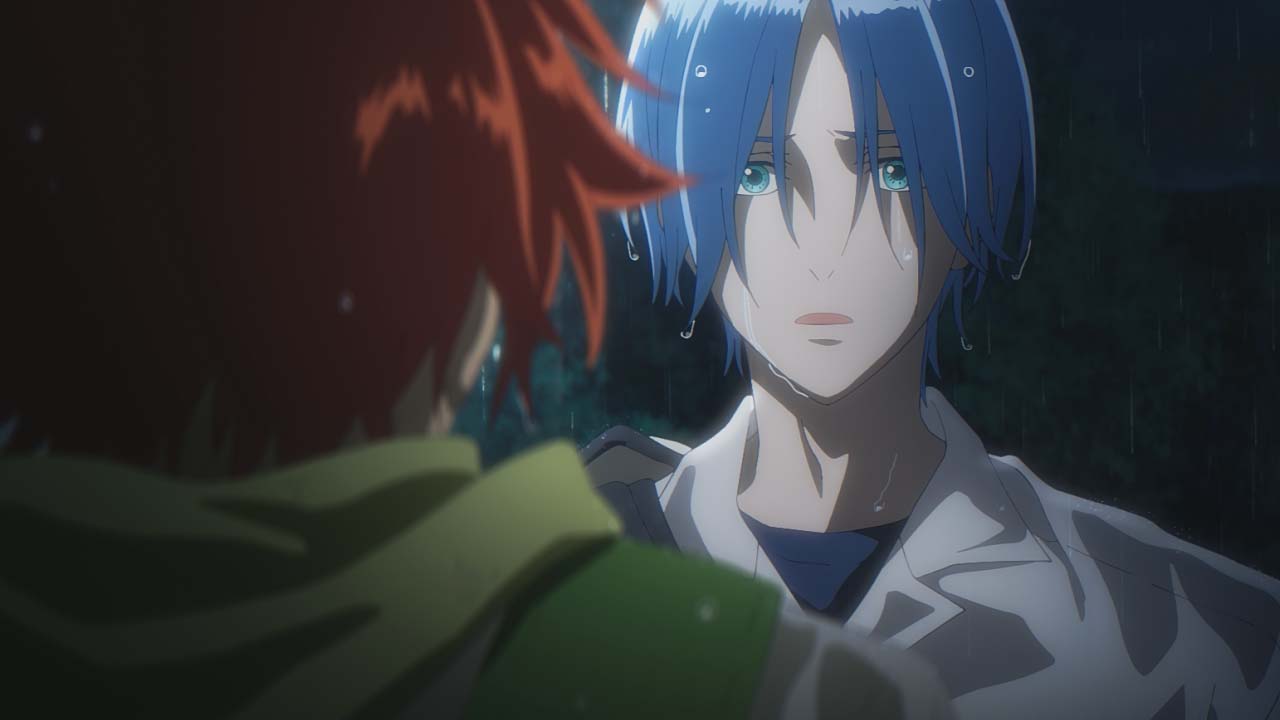 ―― So in the end, you were in charge of directing all the scenes related to Reki and Langa’s fight.
Hayashi: That’s right. At first, I was only asked to check over the layout, but once I started doing that, I wanted to look at the key frames too… By the time I realized it, I was making corrections (laughs).
Utsumi: I knew things would probably end up like that, so I had my eye on the situation (laughs).

―― So that’s how it happened. Next up is episode 10, which we’ve already discussed a little. Ms. Hayashi, what did you think of the script when you read it?
Hayashi: There were definitely fewer skating scenes than in episode 7, but Langa’s skating had improved so dramatically from when he began that it was difficult to find a compromise there. Also, that love hotel scene… 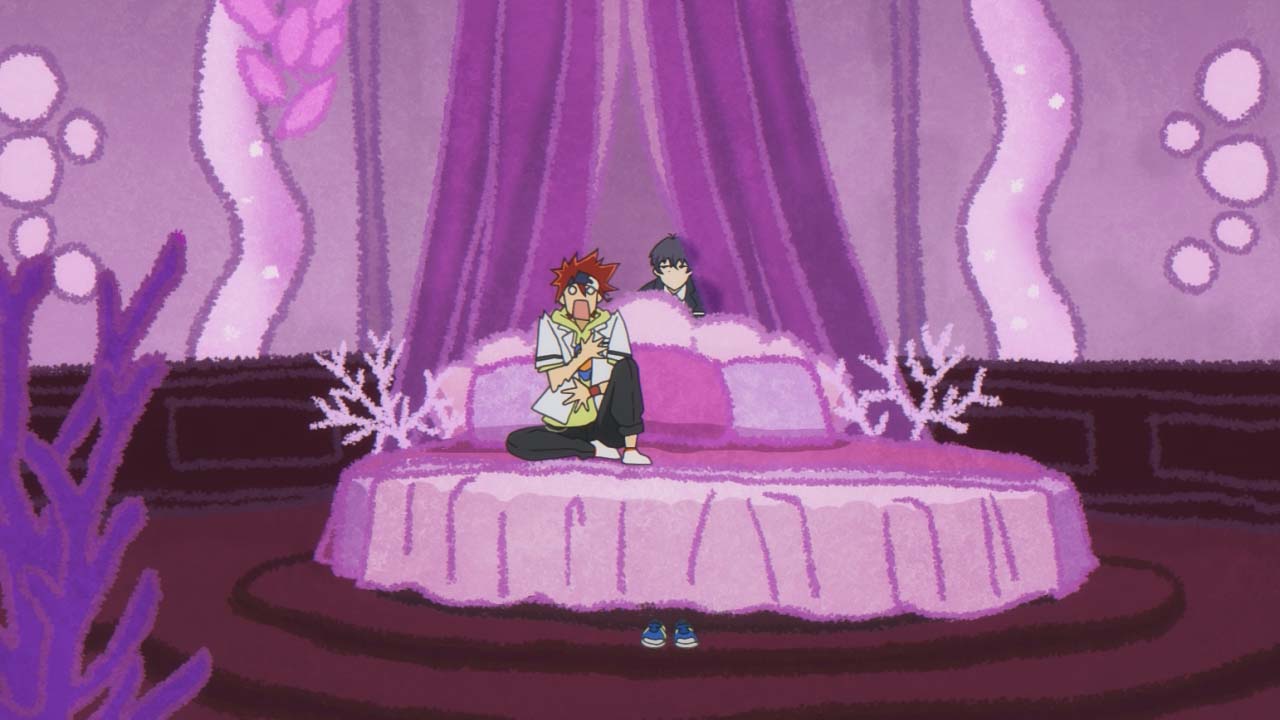 ―― The one with Kikuchi and Reki (laughs).
Hayashi: I really wondered what in the world was going on here (laughs). And I thought that it must have been Ms. Utsumi who proposed adding in a love hotel scene. I was absolutely convinced that she put it in because she wanted to see Reki get taken to a love hotel and freak out (laughs). But it was actually Mr. Ohkouchi’s idea! I heard that at some point and was shocked.

―― The conversation they have there is pretty serious, but everything else about it makes it so comical. It was a good balance of the two.
Hayashi: What happens is Kikuchi (almost! LOL) runs Reki over with his car and then takes him to a love hotel. So I did worry a little over how funny to make the scene. I was familiar with Reki by then so I knew how much I could play with his reactions without breaking character, but I still didn’t have a full grasp on Kikuchi’s characterization… It’s a ludicrous situation, so while what they’re discussing is supposed to be pretty serious, I couldn’t make it too serious or it would bring the mood down too much. I knew it was important to hit the right blend of drama and comedy… However, I also knew that what Ms. Utsumi would want to see the most would definitely be Reki crying! Since we’d spent so long working together on our last series, I just knew she’d want a closeup on Reki with tears dripping down his face. So I had that in mind when I was drawing the storyboards.
Utsumi: That was… such… a good face!
Hayashi: I knew that if it wasn’t, you’d definitely tell me to redo it (laughs).
Utsumi: Ahaha!
Hayashi: After all, sometimes as scene director I’ve thought we shouldn’t show a character’s face in a particular scene. But then Ms. Utsumi would insist on a closeup there, and that happened a fair number of times.
Utsumi: I do want to see the character looking sad or anguished in that moment. If the character would say, “I don’t want anyone to see me like this,” then that’s where I go, “Show it to us!” and shove the camera right in their face. I’m very cruel. 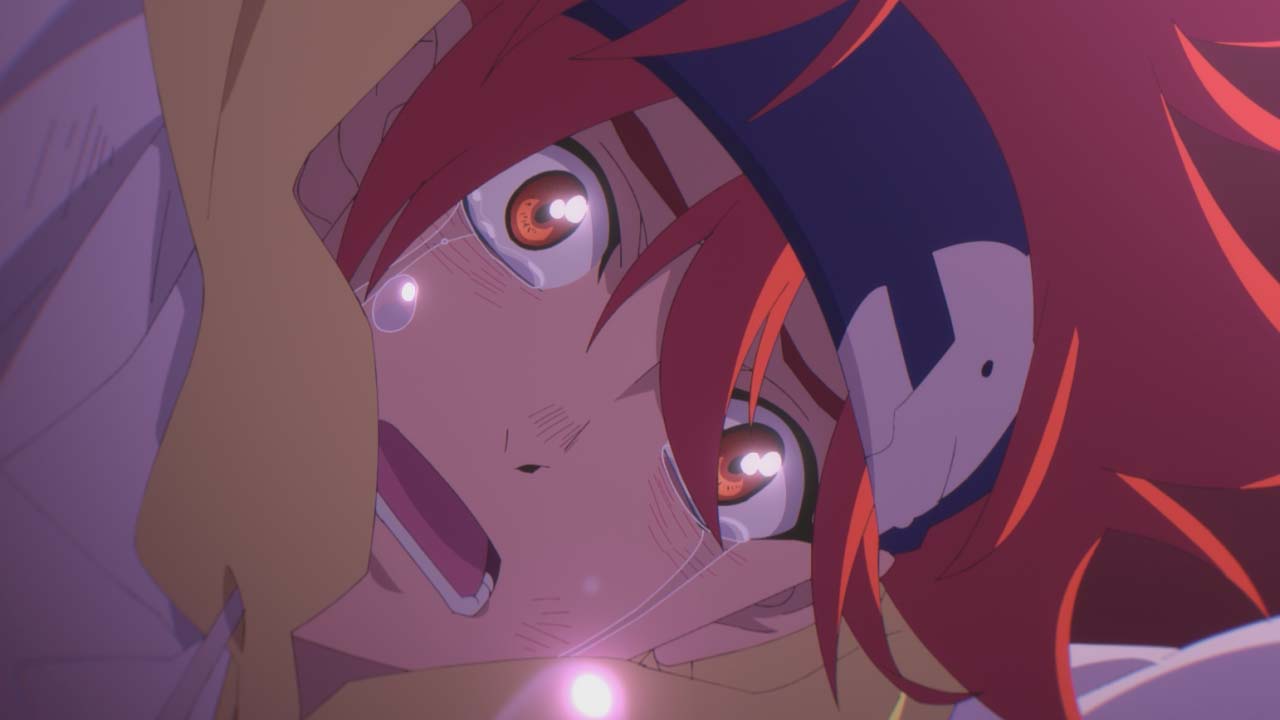 ―― The other thing that got a big reaction was the scene showing ADAM, Cherry blossom, and JOE in high school.
Hayashi: Personally, I consider Reki and Langa to be the main characters, and the flashback to ADAM, Cherry blossom, and JOE didn’t occupy that much of the script. So I didn’t think too much about that part as I did it, and yet the reaction was just insane (laughs). There’s not even that many frames that show them…
Utsumi: There really aren’t (laughs).
Hayashi: Maybe it was that Cherry blossom in high school was more of a punk that anyone expected, and that had a big impact? For me, the biggest shock was that JOE wasn’t as built back then as he is now!
Utsumi: His muscles weren’t fully developed yet! 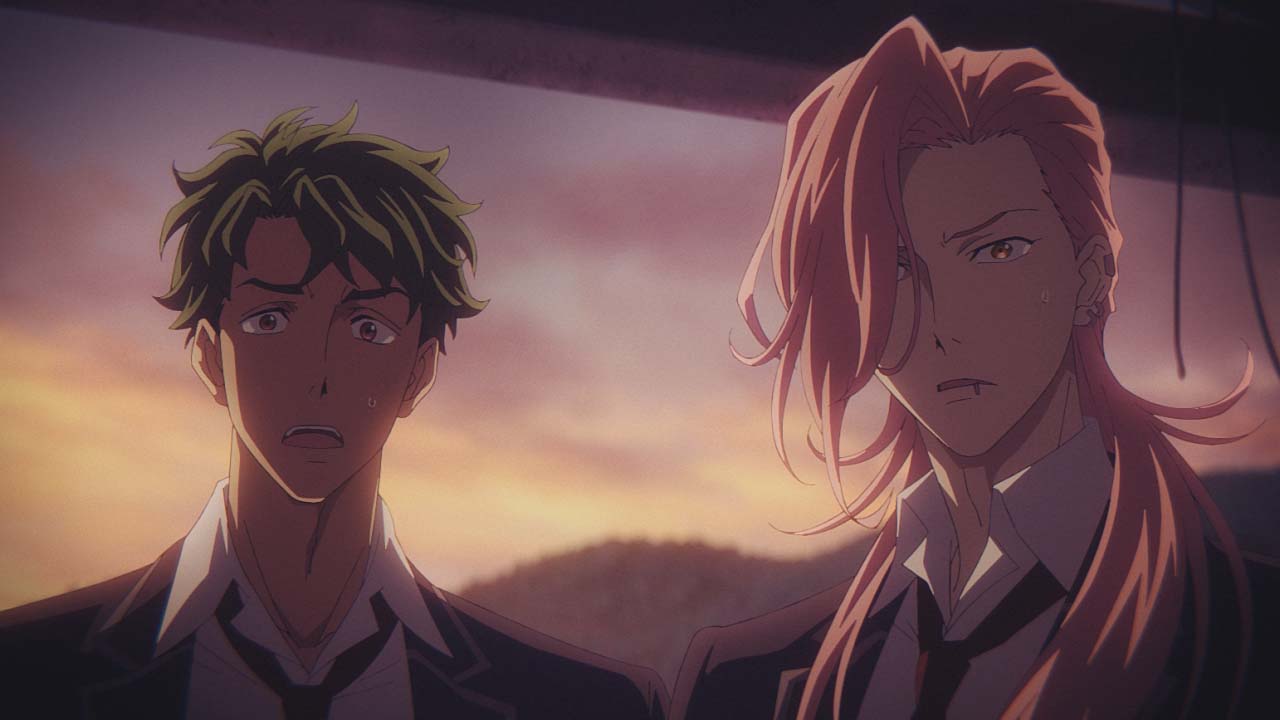 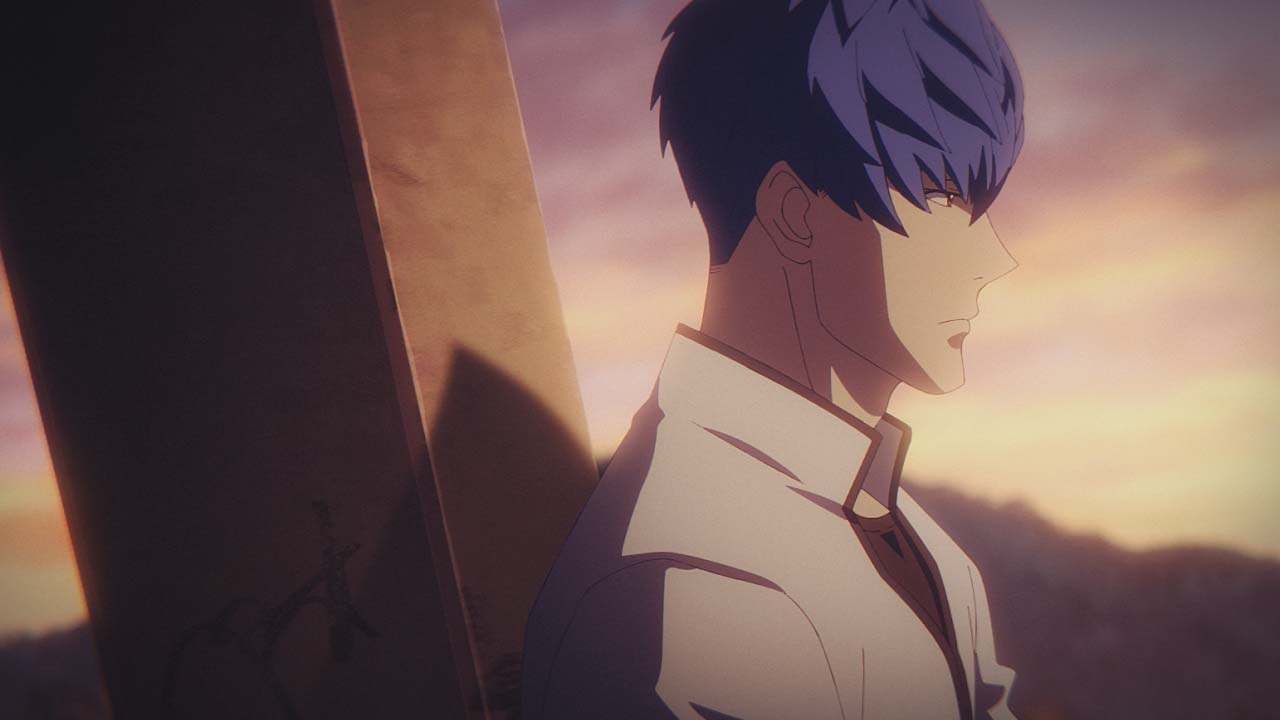 ―― Did the character profiles for Cherry blossom and the other adults contain designs for their younger selves?
Hayashi: Ms. Utsumi had already done rough sketches of them, yes. Were their visuals already decided on when production began?
Utsumi: Yes, I made those sketches once we decided we’d be flashing back to them in high school, so I had no doubts in my mind.
Hayashi: That must be why everyone watching had such an intense reaction (laughs).
Utsumi: Normally, you’d just make a character’s hair shorter or something when flashing back to their younger self. But since these are skaters, I thought it would feel more real if they had a bit of an alternative look, maybe something they’d be embarrassed by now—like cringing thinking about how they used to act so edgy. Cherry blossom speaks pretty roughly when he’s talking to JOE, so what if he was actually the bad boy type? That’s the image I had in mind when I was drawing them. Also, on the topic of episode 10, we see some of Kikuchi and ADAM’s childhood there.
Hayashi: I love doing childhood scenes, so I had a lot of fun drawing that. Innocent, honest little Ainosuke was so cute… (laughs)
Utsumi: Was being the key word there (laughs). I didn’t change Ms. Hayashi’s storyboards there either. The characters’ expressions in her storyboards really are fantastic. They give off so much emotion and charm. I produced the episode wanting to get as close as possible to those nuances she had brought out. 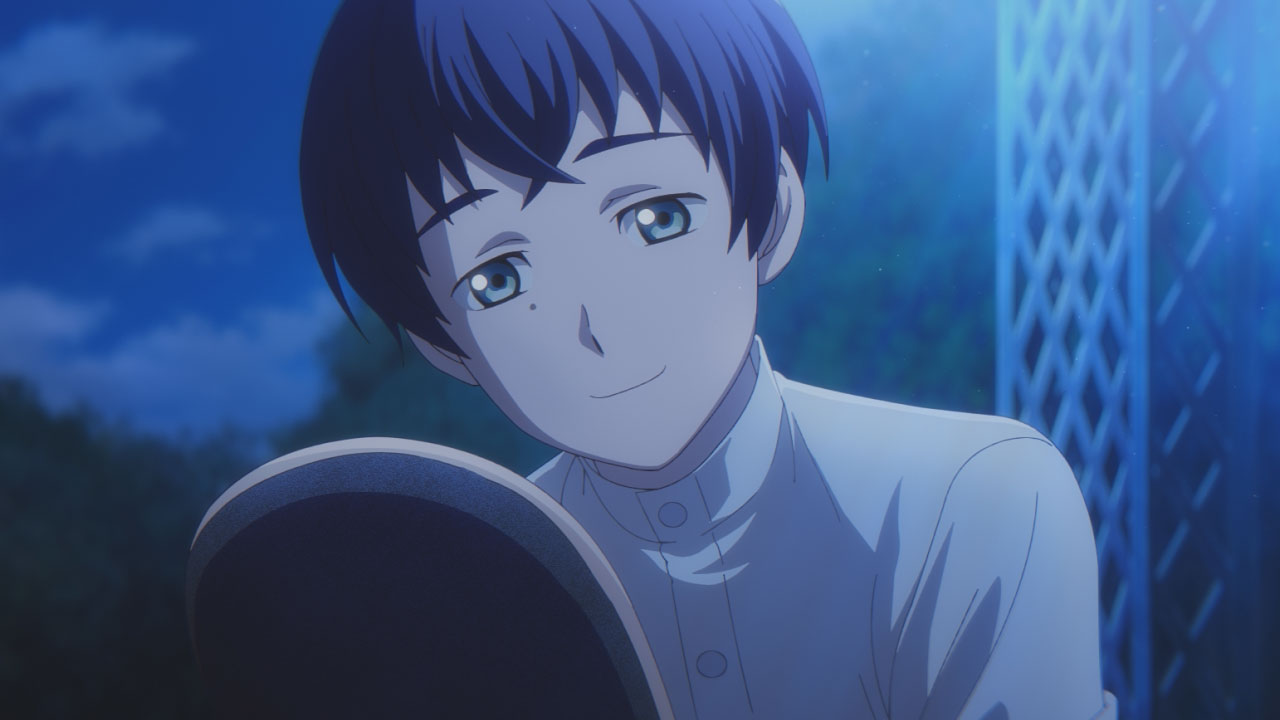 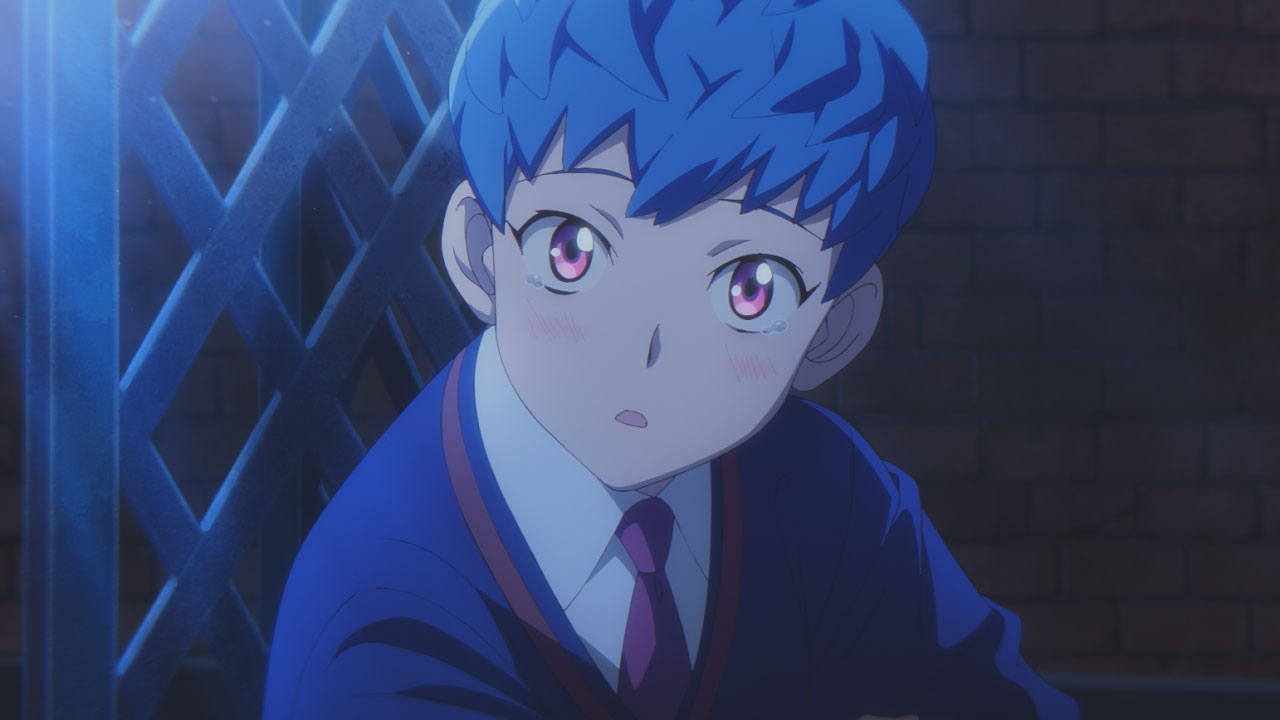 ―― I see.
Hayashi: Also, just like with episode 7, I did the scene direction for the last scene of episode 10. Ms. Utsumi had checked things over pretty thoroughly at the storyboards stage, but after she finished the director’s check, there was one shot I worked very hard on that made her comment, “Langa’s grin finally comes out after it was locked away this whole time!”
Utsumi: That was the part where Langa breaks into a smile and laughs.
Hayashi: He had never shown an expression like that until that point. That’s an important scene that connects back to episode 7, so I wanted to do the scene direction for both.
Utsumi: In the end, you worked so hard on that shot that you were hunched over your desk doing cleanup on the rough key frame. When I said, “You’re actually doing cleanup on that frame before you send it off?” you replied, “Well, it’s important, right? You wanted to see this, didn’t you?” (laughs).
Hayashi: That’s because you were so particular about what color of brush we used for Langa’s face in that shot (laughs). The deadline was coming up to broadcast the episode in time, so even though we couldn’t do dozens of retakes anymore, you were still giving instructions about the brush thickness for his face.
Utsumi: In the first take, the brush was a little too thick and I wanted him to have a more natural flush. His face isn’t red because he’s embarrassed, it’s because he’s feeling so happy. That’s what I was after. 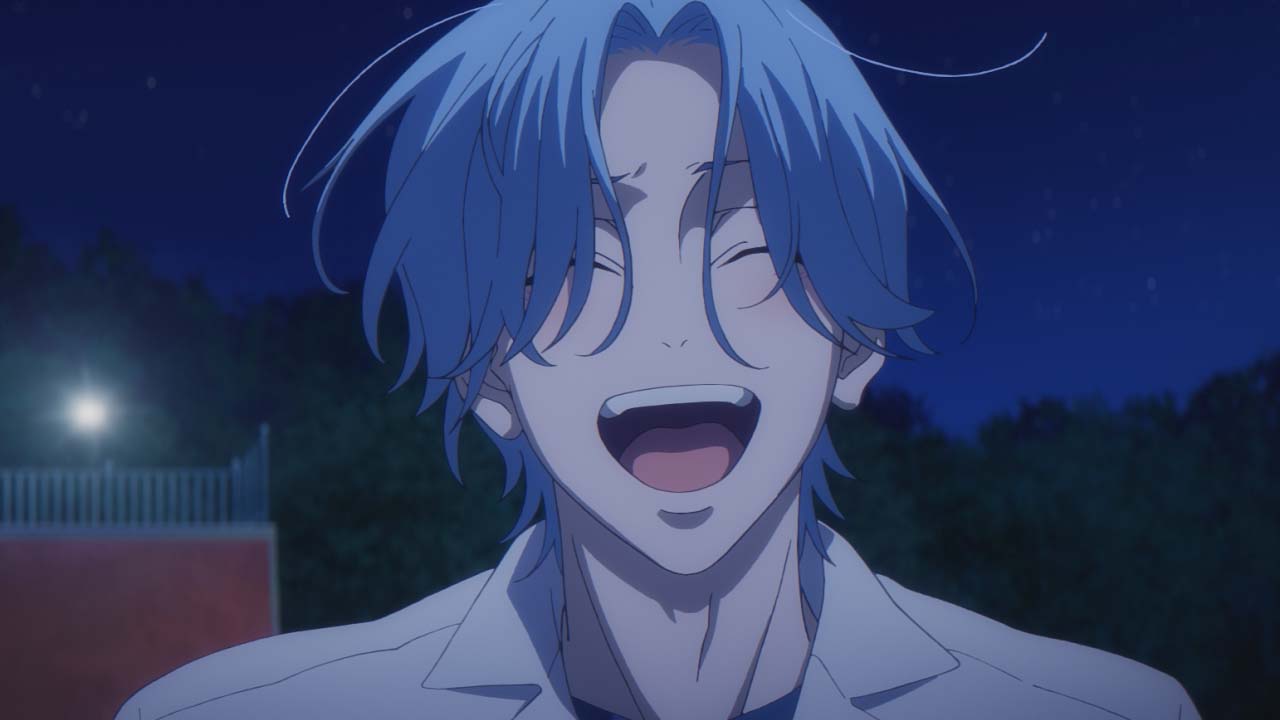 ―― We’re going to wrap things up soon. Ms. Hayashi, what kind of a director do you think Ms. Utsumi is?
Hayashi: One who’s obsessed with the characters.
Utsumi: Hee hee (laughs).
Hayashi: But when I say obsessed, I mean it’s more like she really, really loves them.
Utsumi: It’s okay, you can say I’m obsessed.
Hayashi: (laughs) That’s something I first realized when we were working on BANANA FISH. She will absolutely not compromise when it comes to the characters. Like before when we talked about deciding whether or not to show Reki’s face—there are definitely some directors who would think we didn’t need to show his face there. But Ms. Utsumi is the type to want to really put the focus on the characters, which is something I noticed all over again.

―― And the viewers respond really well to those decisions too.
Hayashi: They do. That’s why I think she’s really good at getting people invested and excited.
Utsumi: This is the first time I’ve heard you say that about me… Thanks, I’m so happy to hear that! Mr. Chiba says I put pressure on him.
Hayashi: Pressure? (laughs)
Utsumi: He said that even when he thinks, “Well, this is probably good” to himself, he’ll feel pressure from me to keep working on it (laughs).
Hayashi: You do make a lot of detailed corrections as the director. Some of them are technical, like asking for a little more balance in one spot or another, but then you’ll also write super, super detailed explanations on the emotions of the scene. Like, “Here is where he’s feeling this way, and his mental state is like this, so that’s why he has this expression on his face!” So that may tie in to feeling a sort of pressure (laughs). The animator would definitely feel like they had to keep working on it after reading all those notes. 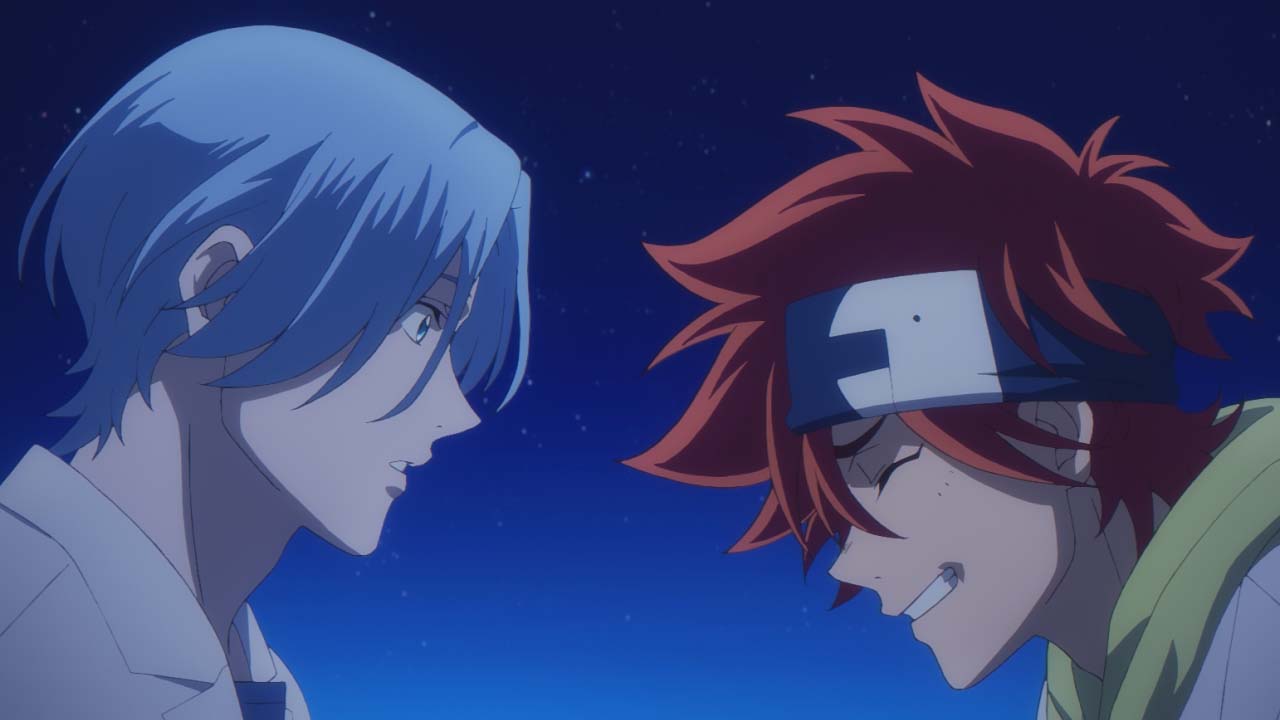 ―― Then from the director’s view, what is Ms. Hayashi’s appeal?
Utsumi: Considering how offbeat SK8 is as a series, I was half excited and half worried to see what kind of storyboards she would make. But when I got them, I thought, “Yeah, she can totally do SK8 too!” (laughs). Just from talking to her, I could tell that she actually likes comedic stuff too, so I was really glad that our tastes aligned on that. But most important of all is getting the drama right. The way her images flow is really nice, and it’s definitely thanks to her skill that the dramatic parts of episodes 7 and 10 are so fascinating to watch. Also, we discussed this before, but definitely the faces she draws!
Hayashi: Wow, that makes me so happy to hear (laughs).
Utsumi: There were lots of shots that made me think that if it had been just me doing the storyboards, I know we would never have seen that expression from that character. I’m a personal fan of SK8 myself, so in that sense I’m really, really glad she worked on the show.