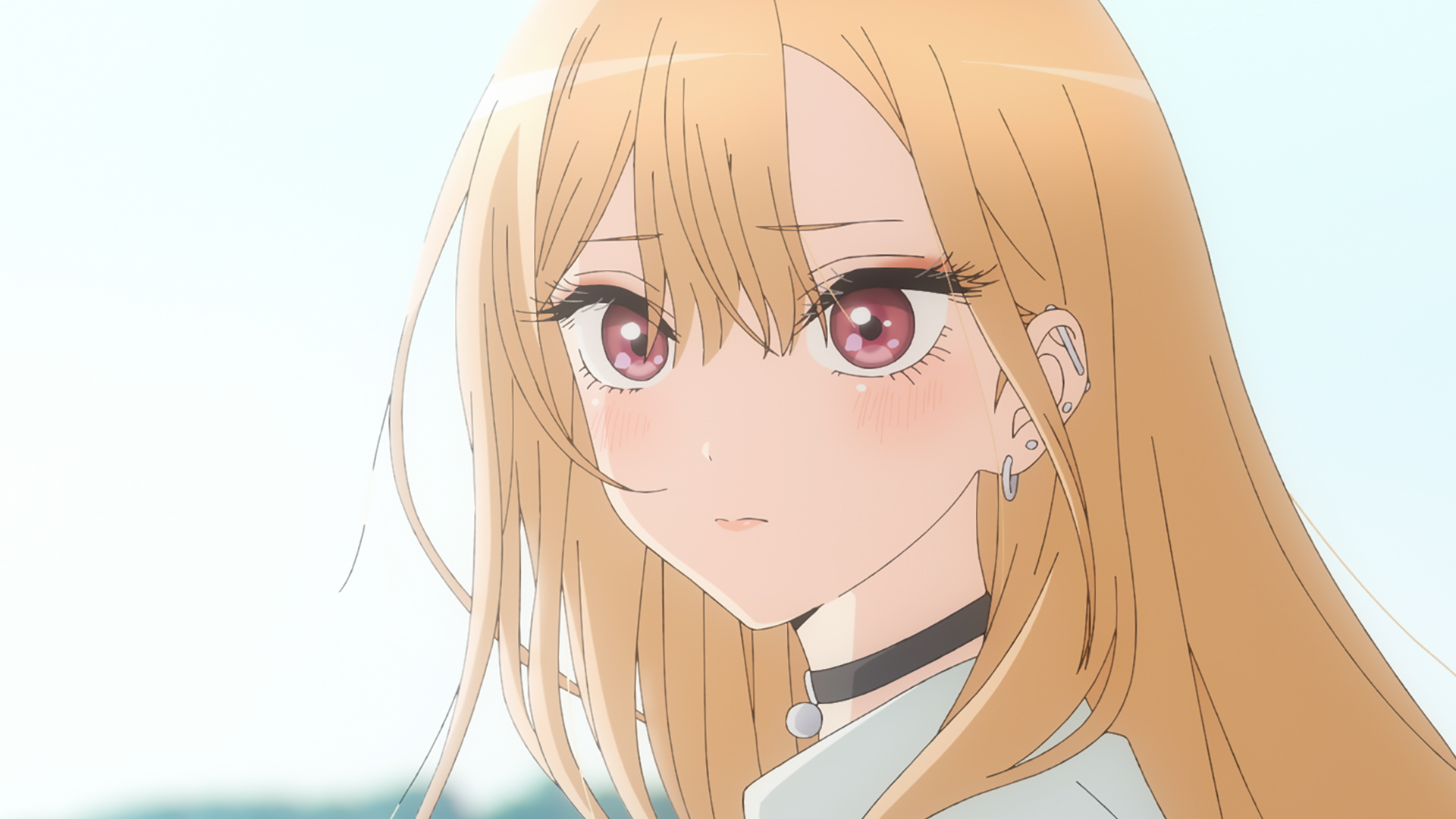 My Dress-Up Darling: An Interview with the Director (Part 1)

My Dress-Up Darling is the story of the relationship of anime and game lover Marin Kitagawa, who is also a cosplay enthusiast, and Wakana Gojo, who is working to become a hina doll craftsman. The portrayal of their slow burning romance and realistic cosplay portrayals stole the hearts of fans. We got the details on this hit series from director Keisuke Shinohara himself.

Considering the feelings of the original creator and fans was essential.

――First, I’d like to ask about how you came to work on the anime adaptation of My Dress-Up Darling.
Shinohara: Animation producer Mr. (Shota) Umehara reached out to me about it. Previously, I’d worked on KIZNAIVER with Kazumasa Ishida (Character Designer & Animation Director) and he recommended me for the job. I left most of the staffing decisions to Mr. Umehara, but in the case of assistant director Mr. (Yoshihiro) Hiramine, I reached out to him myself because he is a trusted friend and I knew we needed someone highly skilled. 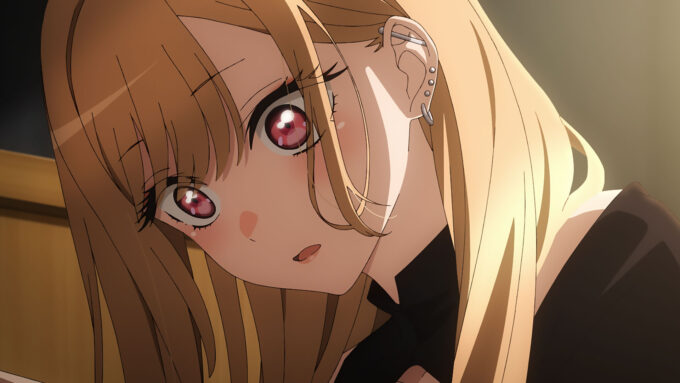 ――What were your thoughts when you first read the original manga?
Shinohara: Honestly when I first started reading it, I thought it was just eye-candy for guys (laughs). But as I continued to read the story, I saw how earnestly Marin and Wakana approached cosplay, and I realized the appeal of the dramatic aspects, like how the two grew as characters. In volume two (Anime episode four, “Are These Your Girlfriend’s?”), there’s a scene where Wakana is crying as he makes a costume. I remember empathizing with him a lot, as at the time the work was really overwhelming, and it felt like we had synced up. 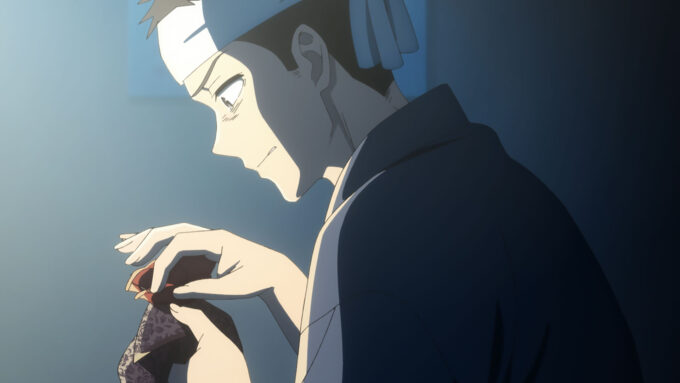 ――When reading the manga, which moments did you feel were particularly interesting?
Shinohara: My Dress-Up Darling is told from the perspective of Wakana at first, but when Marin realizes her feelings for him, her inner thoughts also start appearing. If you’re reading from the perspective that it’s a romantic comedy with a male protagonist, the fact that the heroine’s feelings are known is really interesting. Marin is already pretty fresh/unique, and having a heroine with her emotions so clearly depicted is special, and reading it was lovely to see. Marin and Wakana are both clumsy when it comes to love, so it can be a bit frustrating to watch. However, they are also really relatable. I think this too makes the series so popular.

――What were you most conscious of when adapting the original work?
Shinohara: The most important thing was to not disappoint the original creator, Ms. Shinichi Fukuda, or the fans who love My Dress-Up Darling. After it was decided that I would be the director, I checked out social media and store reviews to figure out how this series was viewed, and there were a lot of reviews. I’d known that My Dress-Up Darling was popular, but I didn’t realize the extent of its popularity until that moment. I felt a lot of pressure, and I also did not want to dishonor the series through my involvement when Ms. Fukuda had spent so much energy creating it, and it had brought so many people joy. 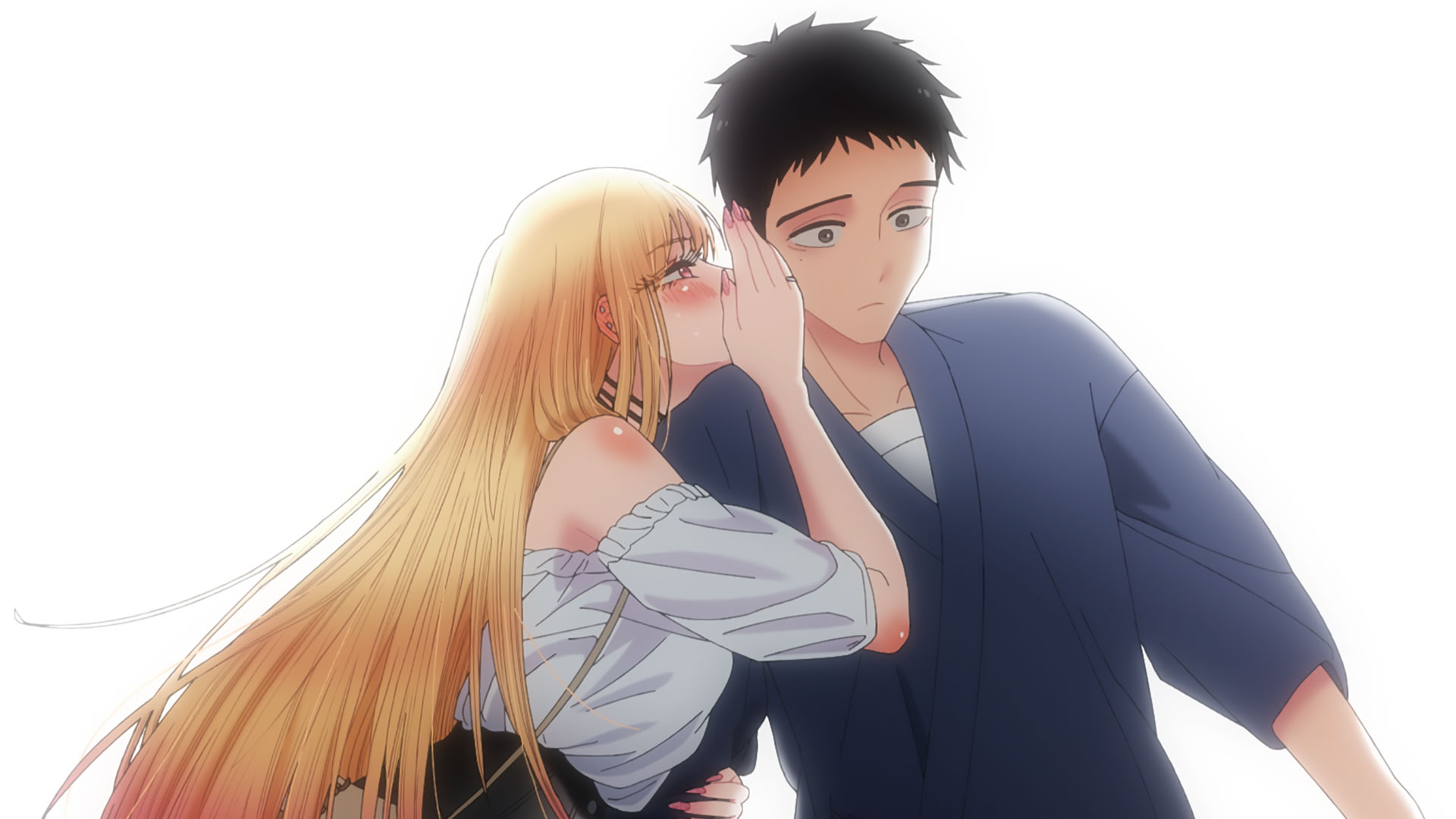 ――Did Ms. Fukuda have any special requests for the anime adaptation?
Shinohara: She didn’t really. I was really grateful that she left a huge portion of the decisions to us. But if I had to pick something, I’d say she cared about how Marin spoke and her facial expressions. Whenever her face would get gloomy or when we had to add lines that weren’t in the original story, she would sometimes say “Marin’s words don’t feel right.” When we’d go back to adjust it, I’d notice that she was right. After that, we worked hard to meet Ms. Fukuda’s high expectations for Marin.

We chased after realism to show our earnestness for the series.

――Cosplay culture is a major theme in My Dress-Up Darling. What do you think about cosplay?
Shinohara: I’d occasionally see pictures on social media, but I actually had almost zero knowledge about it. Before we started production, there was talk of the staff trying to make the costumes together, but we ended up scrapping it due to a lack of time. When I saw Wakana’s voice actor, Mr. (Shoya) Ishige trying to make an outfit on “My Voice Actor Does Cosplay” while the anime was airing, I realized just how difficult it was to do.

――It looks like you did some research at some stores and cosplay events. What was something you were looking out for during the research process?
Shinohara: Each store and event we visited provided their support in collecting content for reference, and increasing the quality of the animation. Some scenes were modelled after these places and I didn’t want Marin and Wakana’s movements to seem off, so we worked really hard to ensure that there was consistency in their surroundings.

――The shopping scene in episode 3, “Then Why Don’t We?”, and the scene where Marin is participating in the event in episode 5, “It’s Probably Because This Is the Best Boob Bag Here”, both feel really realistic.
Shinohara: I gave the production design staff the photos from our research and they designed the scenes based on that information. The quality of the scenes is generally increased when you have detailed references. However, the demand on the production team also increases, so I’m sure they had a hard time. I didn’t want to compromise on the quality of the scenes though, so I had the production design staff work quite hard. 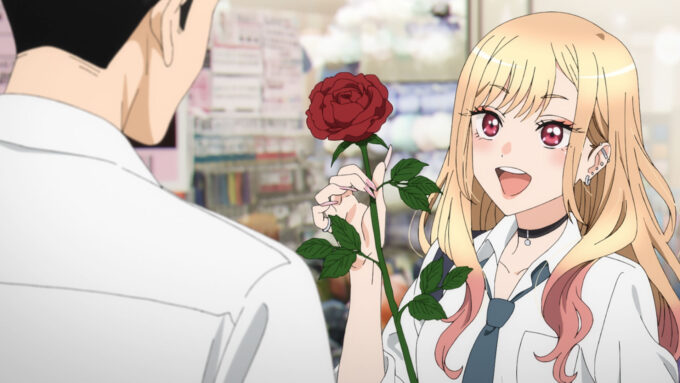 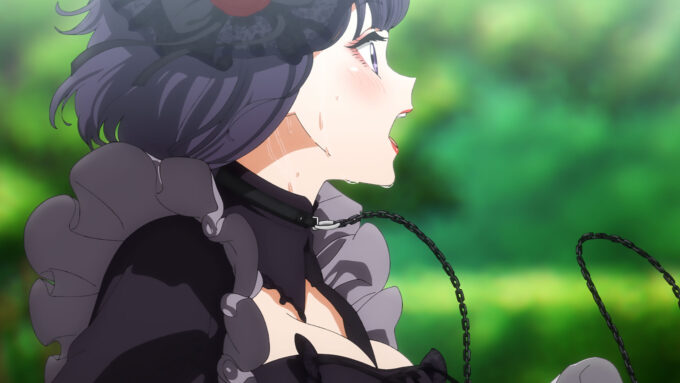 ――The real hina doll shop, Suzuki Dolls, was also listed in the credits. What kind of research did you do there?
Shinohara: In order to make Wakana’s surroundings more realistic, we went to a real shop and learned about the various processes involved. We also used their shop as inspiration when designing Wakana’s family home, Gojo Dolls. We took videos of their work, which were useful in animating Wakana’s scenes as well.

――Maintaining realism seems to have been really important for this series.
Shinohara: My Dress-Up Darling is a comedy, but it was necessary to portray Marin and Wakana’s passion for cosplay without mocking it. In order to show why they had to take on cosplay so seriously, I didn’t want it to seem like making cosplay costumes was easy. To do that, we had to take time and make the scenes feel as real as possible. For the costume-making scene in episode 4, storyboard and episode director Mr. (Yuichiro) Komuro researched quite a lot as he created the scenes, so I was very grateful.

To be continued in Part 2 of the interview!

My Dress-Up Darling: An Interview with the Director (Part 2)