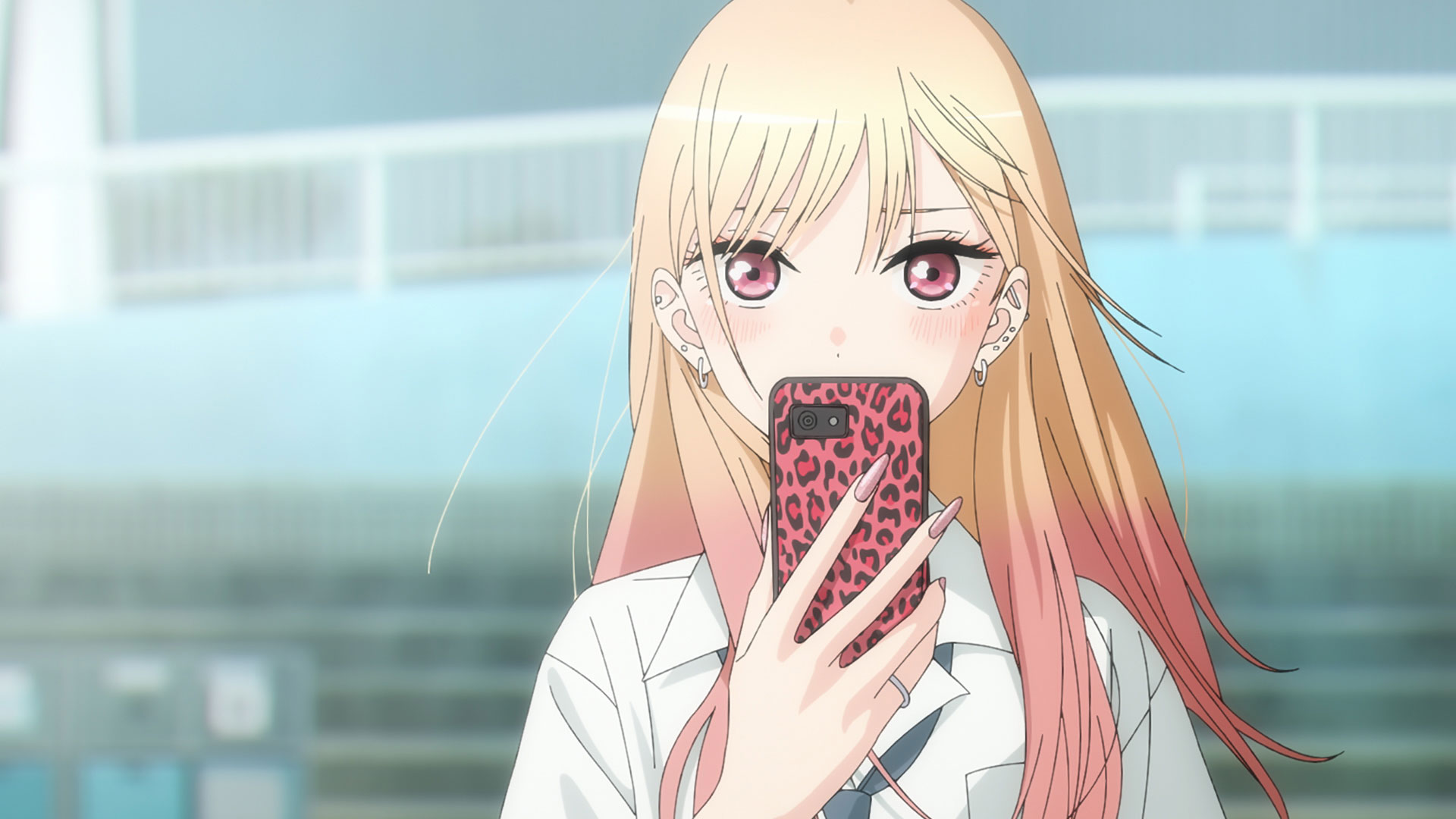 My Dress-Up Darling: An Interview with the Director (Part 2)

My Dress-Up Darling is currently serialized in Square Enix’s Young Gangan magazine and is the source material for the popular anime series. It gained popularity because of its realistic scenes and romantic comedy plot. Many fans are calling passionately for a second season. Learn more in the second half of our interview with director Keisuke Shinohara.

Marin’s confession is a perfect end to the anime.

――What do you think is appeal of a heroine and character like Marin?
Shinohara: I think Marin is a girl who you can genuinely feel is cute. It’s not just her appearance, but also her bright and cheerful attitude. The respect she has for other people is also wonderful. This is just my personal opinion, but Juju (Sajuna) also has a lot of respect for other people, so I think this must be a view that the original creator Ms. (Shinichi) Fukuda holds as well. Another one of Marin’s appealing points is in the disparities in her personality. For example, normally she is really assertive, but when it comes to love she isn’t able to express her feelings. At first glance, she may seem a bit shallow, but she’s actually really well put together, while still being very teen-like. I feel like that’s Marin’s strong point. 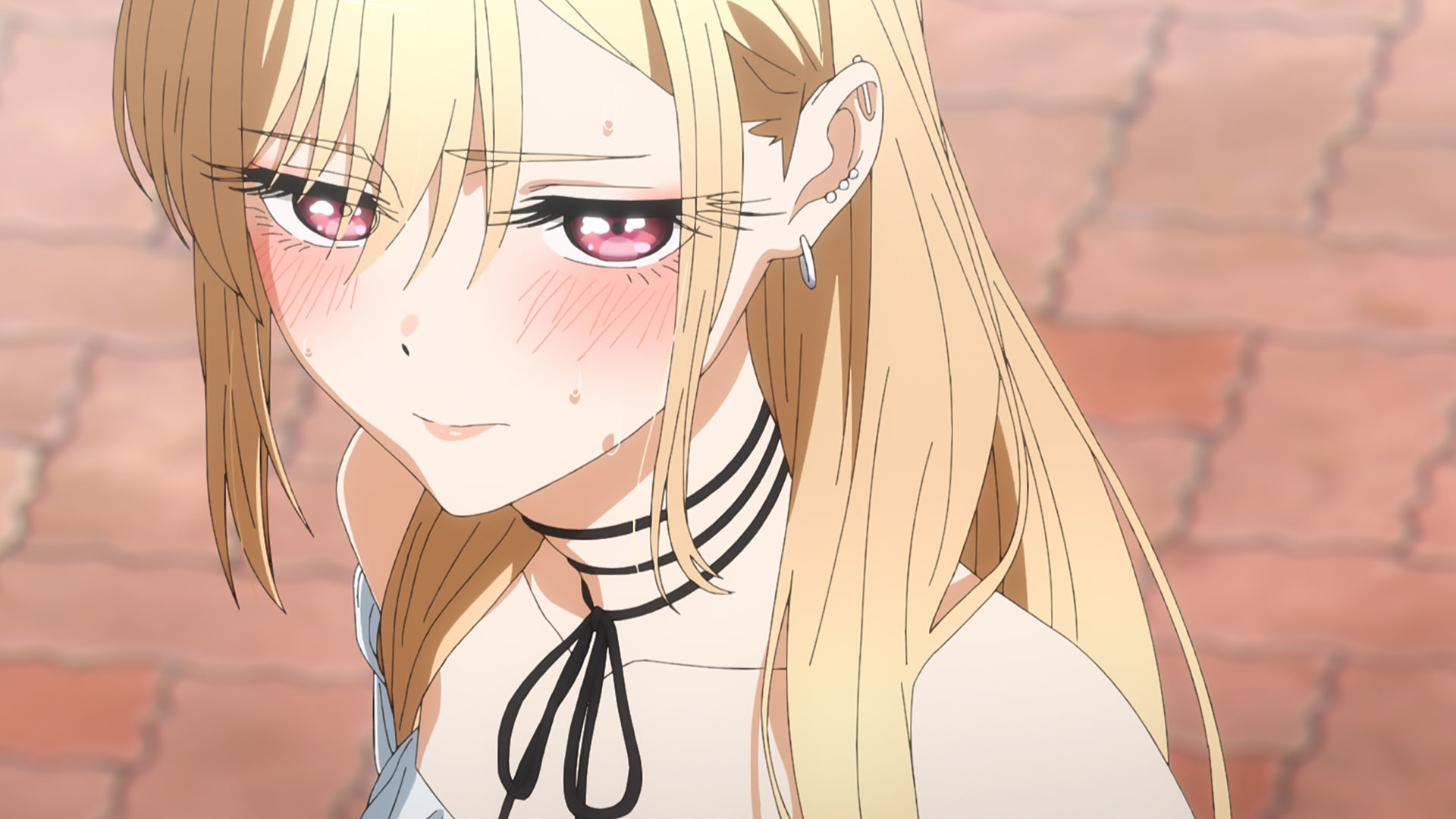 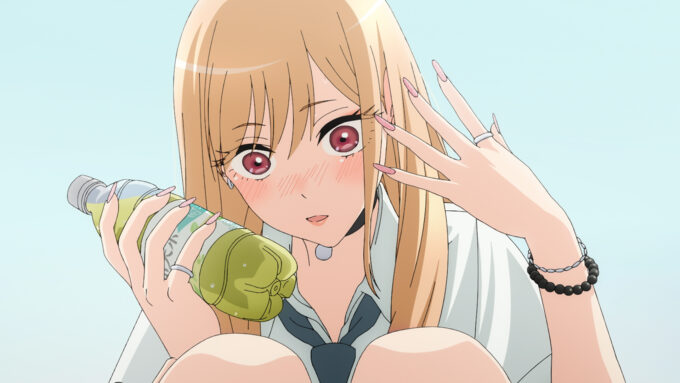 ――What about the other protagonist, Wakana?
Shinohara: Wakana has low self-esteem and he isn’t good at communicating with others, but he isn’t bitter about it. I think that honesty is great since you probably would be quite bitter. He is strong of heart and straightforward because he has been working hard to become a kashirashi craftsman. I feel like that is that is part of the reason for his innocent personality.

――The last episode of the anime ends with Marin telling a sleeping Wakana that she loves him. Why did you choose to have that be the end of the anime?
Shinohara: When we first started meeting about the script, the episodes that make up the fifth volume of the original manga were being serialized in Young Gangan. I remember when we were deciding what scene should end the anime, people said that it was a good place to end it. We also considered the festival scene that happens before that, but a lot of people felt that the confession scene was the most suitable. 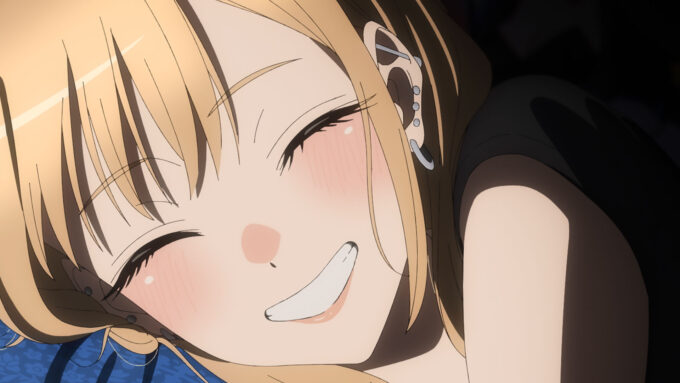 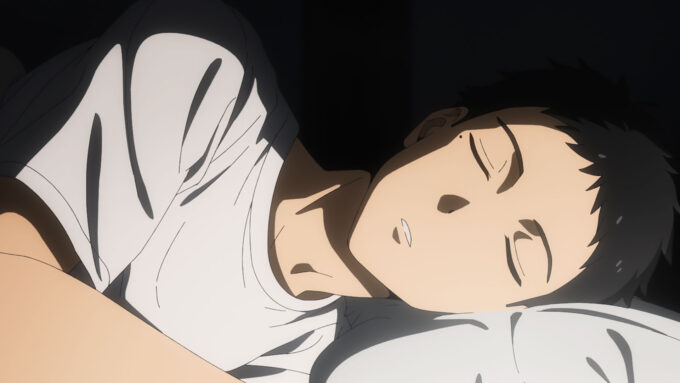 ――What were the reasons behind that?
Shinohara: We felt it was an important scene because it’s the first time that Marin says her feelings for Wakana out loud. I don’t know if Marin did it then because she thought Wakana wouldn’t hear or because she didn’t mind if he did. But it just felt like the story could end because she shared her feelings for him. What we had created up until that moment became clear with that scene.

――What other points were you careful of during the scriptwriting process?
Shinohara: When I was reading the original manga, I felt that the way that the series pulls you along was really interesting. For example, the first episode (“Someone Who Lives in the Exact Opposite World as Me”) ends after Wakana asks Marin what cosplay she wants to do. She answers that she wants to cosplay a character from Saint Slippery’s Academy for Girls— The Young Ladies of the Humiliation Club: Debauched Miracle Life 2!. I think that really had an impact on readers. I really had to focus on keeping that strong point in the anime adaptation.

I had to be strict about keeping my own interpretation out of the adaptation.

――The story, Flower Princess Blaze!!, makes an appearance in My Dress-Up Darling partway through using a 4:3 aspect ratio in the style of older magic girl series. Why was that?
Shinohara: Flower Princess Blaze!! originally aired when Juju, a second year in high school, was a young child. At the time, such a series would have been in a 4:3 aspect ratio. However, digitalization of anime in that period was already in progress, so doing only that wouldn’t have adequately expressed that Flower Princess Blaze!! is an older anime. Therefore we aimed to create background scenes that were reminiscent of analog anime from the 1990s instead of worrying about it matching 2000s standards. I also thought it would be fun for the staff to work on. That being said, the scenes were made digitally just like the rest of the anime, so the actions might have a more modern look. 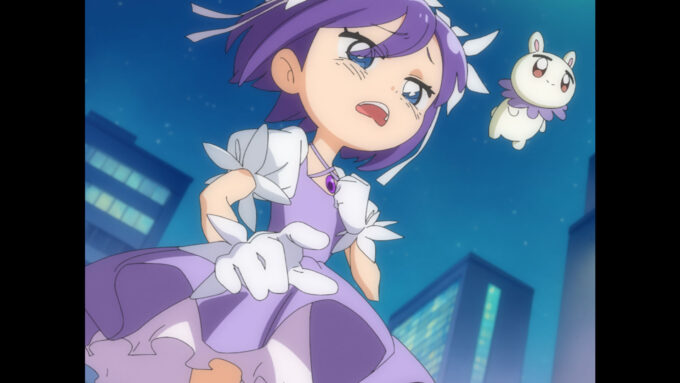 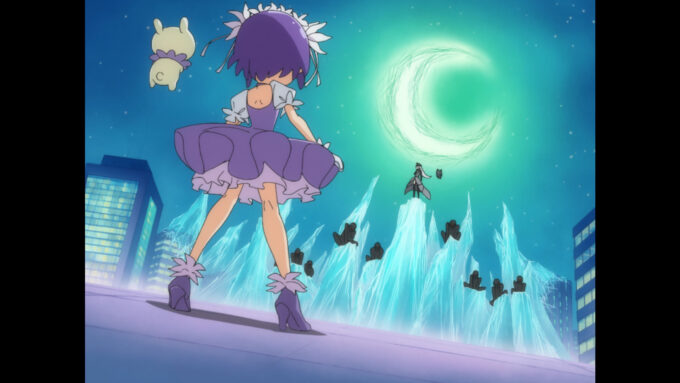 ――In episode 6 (“For Real!?”), there is a scene where Wakana is researching Flower Princess Blaze!!. How did you decide what was written in that scene?
Shinohara: The one who decided that Flower Princess Blaze!! aired from 2006 to 2008 was actually production administrator, Mr. (Sho) Someno. Mr. Someno really likes thinking of scenarios like that, so I left everything to him and he figured out everything. All of the text in the wiki-like page was created by Mr. Someno.

――After the sixth episode, Marin realizes her feelings for Wakana and there are a lot more romantic comedy elements. What were you careful of when portraying their relationship?
Shinohara: If you just use the scenes and lines from the original manga in the anime, it will become too descriptive and the flow won’t be good. You can deal with this by reducing lines, while at the same time making sure that the characters’ facial expressions and feelings are properly expressed. However, it is important avoid bringing your own interpretation of the work into things as much as possible. 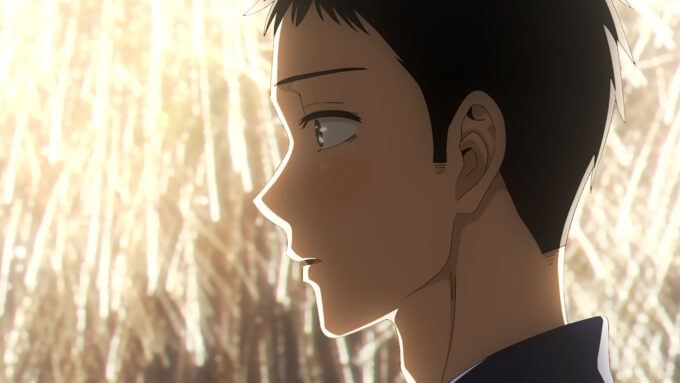 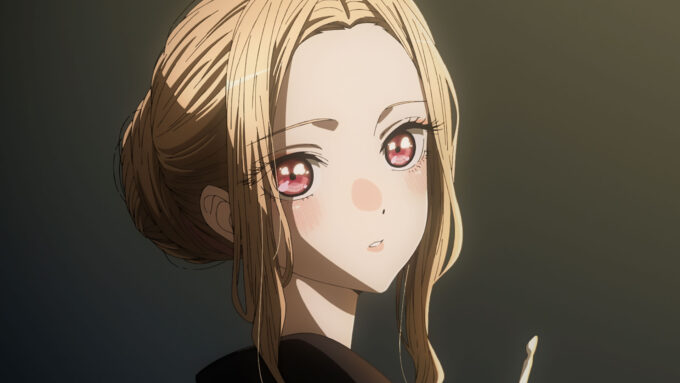 ――What do you mean by avoiding bringing your own interpretation into the work?
Shinohara: I think there are many ways you can interpret Marin and Wakana’s relationship. Some people may feel that they are already dating and want to quickly see their future together, while others may feel that their unresolved and slow burning relationship is better. If I had added scenes that portrayed the two of them having mutual feelings for each other, it could create a discrepancy in the interpretations of the fans. Of course, it’s very difficult not add any of your own interpretation into an anime, but I tried hard to remain neutral and simply use the contents of the manga to create the anime adaptation.

――It seems you took a very strict approach to this series.
Shinohara: This might just be my impression, but I think that many of the My Dress-Up Darling fans are younger. If I had only used my intuition, it wouldn’t have gone well. So I approached the project by imagining the feelings of teen girls and looking back on how I felt when I was a teenager. Though there was a lot of trial and error, I hope that I was able to create something that stays in the hearts of many people.

My Dress-Up Darling: An Interview with the Director (Part 1)